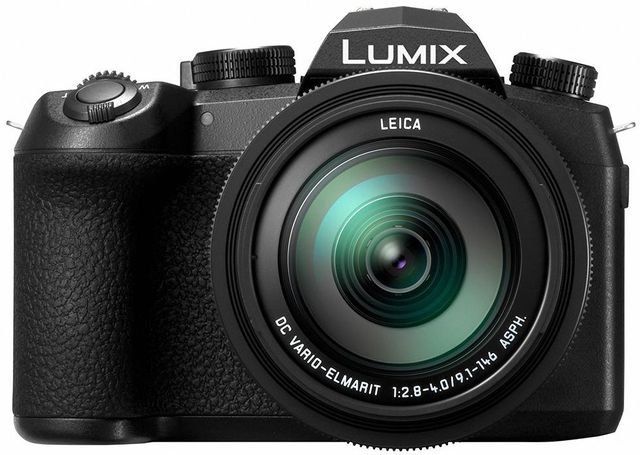 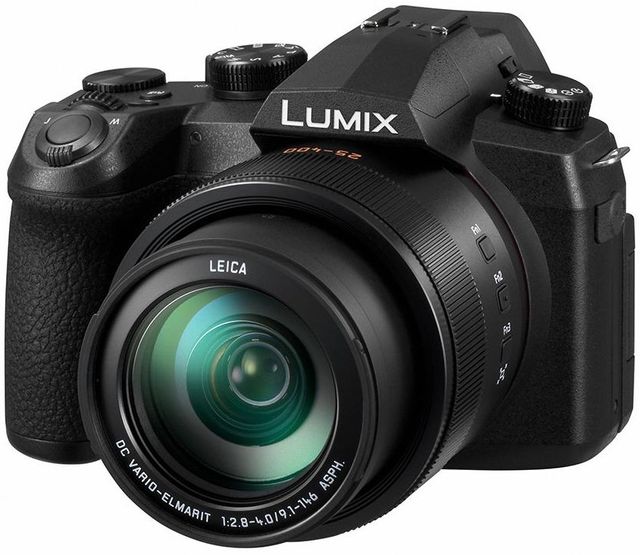 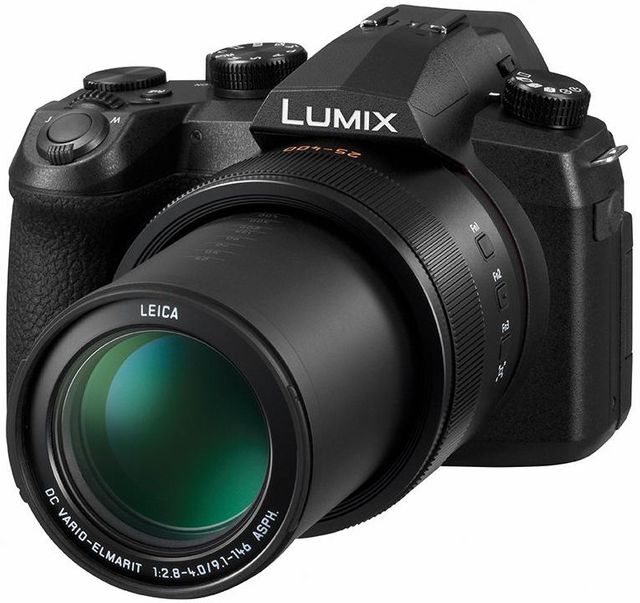 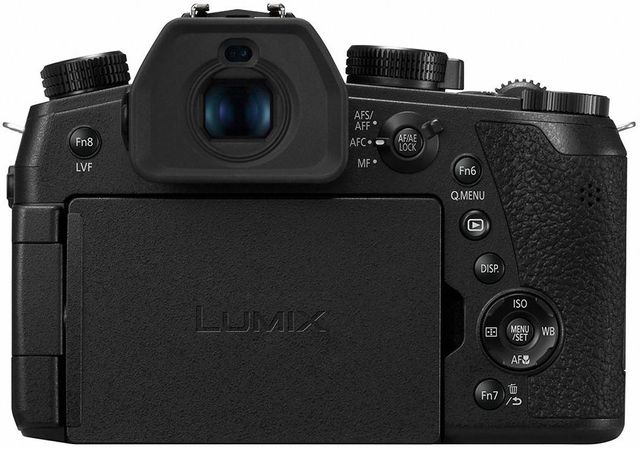 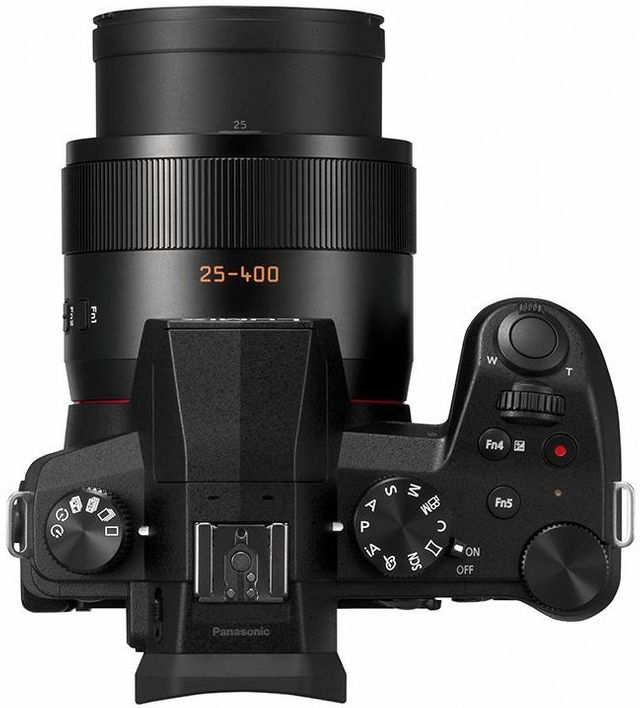 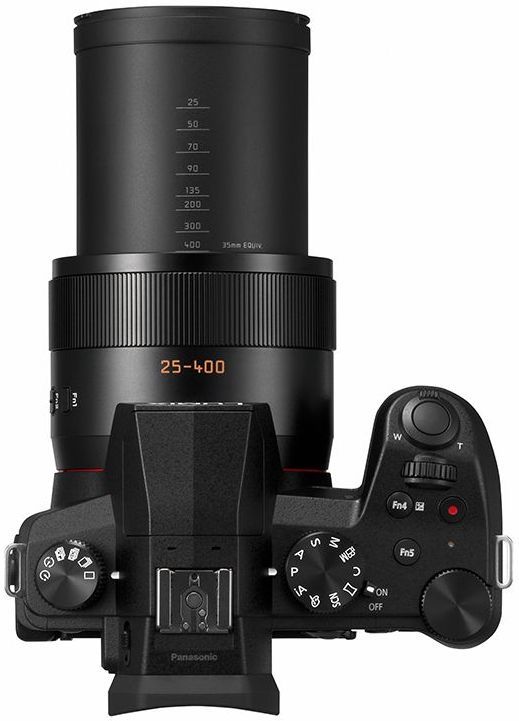 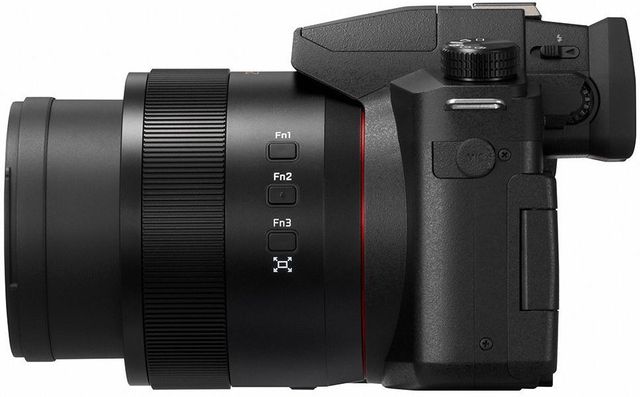 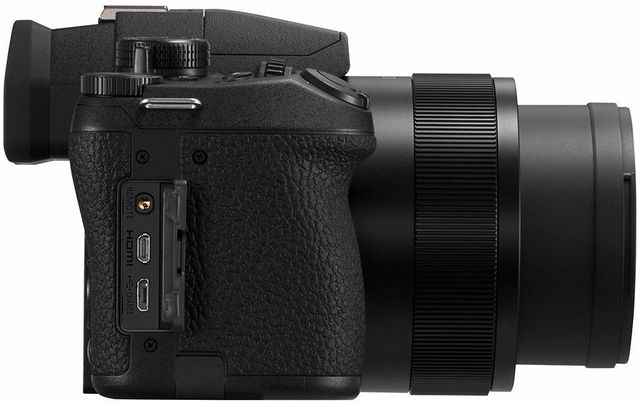 The LUMIX FZ1000M2 is a hybrid camera that boasts a large 1-inch sensor and 4K PHOTO and 4K video recording capability as the latest member of popular high-zoom FZ series. The 16x optical zoom LEICA DC VARIO-ELMARIT lens (35mm camera equivalent: 25-400mm) is integrated that achieves high descriptiveness in detail and resolution to corners.
Available in Store Only
$99,999.00Save $NaN

Get to know this product.

The LUMIX FZ1000M2 is a hybrid camera that boasts a large 1-inch sensor and 4K PHOTO and 4K video recording capability as the latest member of popular high-zoom FZ series. The 16x optical zoom LEICA DC VARIO-ELMARIT lens (35mm camera equivalent: 25-400mm) is integrated that achieves high descriptiveness in detail and resolution to corners. It also produces stunningly beautiful defocus together with the large-sized MOS Sensor. The minimum aperture is extended to F11. The LUMIX FZ1000M2 provides the Zoom Compose Assist function which helps to regain the subject quickly when the lose sight of it in telephoto shooting. Its large 1-inch 20.1-megapixel High Sensitivity MOS Sensor boasts high S/N ratio, making it possible to capture clear image with minimum noise even when shot at high ISO. L.Monochrome and L.Monochrome D modes are newly added to Photo Style, making it possible to shoot dynamic monochrome photos with emphasized highlights and shadows while preserving the details. The LUMIX FZ1000M2 records stunningly smooth, high-resolution QFHD 4K video in 3840x2160 at 30p or 24p in MP4. Taking advantage of 4K technology, users can enjoy 4K PHOTO to capture those unmissable moments at 30 fps and save in 8-megapixel high resolution photos. DISCLAIMERS: *The LEICA DC VARIO-ELMARIT lenses are manufactured using measurement instruments and quality assurance systems that have been certified by Leica Camera AG based on the company's quality standards.

The LUMIX FZ1000M2 is an advanced photographic tool for recording not only great photos but also high quality videos even in 4K. It features an outstanding 4K video recording capability (QFHD 4K: 3840x2160, at 30p or 24p in MP4. With the 4K PHOTO, users can capture the fleeting photo opportunities at 30 fps in 8-megapixel equivalent resolution by extracting a frame of the most photogenic timing out of the 4K burst file to save as a photo. Three exclusive functions are integrated to make the 4K photography even easier; 4K Burst Shooting, 4K Burst (Start/Stop) and 4K Pre-burst. The 4K Burst shooting allows consecutive shooting at 30 fps, which can be used just like a photo burst shooting. 4K video can be recorded up to 29 minutes 59second. When recording motion pictures in 4K, use a card rated as UHS Speed Class 3. Motion image can be recorded up to 29 min 59 sec depending on the recording format and the camera’s sales area.

Choosing the best shot out of hundreds of frames recorded with 4K PHOTO is now easier with the newly added Auto Marking function. It lets you jump to the nearest frame where the differences are obvious between consecutive frames to minimize the time it takes to choose the best shot. Sequence Composition makes it possible to make a stromotion image by synthesizing multiple images shot at a fixed frame with 4K PHOTO. A unique image reflecting the subject’s motion can be produced easily in the camera without needing a special retouching process.

The LUMIX FZ1000M2 comes with the Post Focus function that enables users to select in-focus area even after shooting. It is helpful in situations like macro shooting where severe focusing is required or for changing expressions by changing focused subject. This function has been developed by combining the high-speed, high-precision DFD (Depth From Defocus) auto focus technology and the 4K technology.

Newly integrated Focus Stacking function enables users to adjust focus area after shooting by combining multiple images shot with Post Focus function in the camera. Users do not need to establish a focus point during shooting but they can get the image with the defocus as they want or pan-focus image by selecting the focus area after shooting. This is beneficial when shooting macro shots of insects, small accessories and so on.

For even faster response and higher mobility, the LUMIX FZ1000II integrates a dedicated linear motor into the focus system. The Light Speed AF with an adoption of DFD (Depth From Defocus) technology even shortens the time to set focus. It also boasts high speed burst shooting in RAW. The LUMIX FZ1000M2 is capable of releasing mechanical shutter at max.1/4000 sec and even at 1/16000 with electronic shutter, which reduces washouts even under strong sunlight.

The FZ1000M2 boasts high-precision, high-speed OLED (Organic Light-Emitting Diode) LVF (Live View Finder). With 0.39-inch 2,360k-dot high resolution in 4:3 aspect, the new LVF boasts approx 0.74x (35mm camera equiv.) magnification and 100% field of view. With an eyepoint of approximately 20 mm, it offers high visibility with comfort for users wearing glasses. It is always sharp and clear from the center all the way to the corners. The new 3.0-inch 1,240k-dot free-angle rear monitor adopting touch control rotates 180 degrees to the side and tilts 270 degrees up and down offers approx. 100% of field of view. Adopting a static-type touch control system, it immediately lets users set focus on the subject simply by touching the screen and releasing the shutter. It is free and easy to enlarge the target point with fingertips to set precise focus.

Operability is also improved on LUMIX FZ1000M2 allowing intuitive control. The front/rear dual dial system enables direct setting over shutter speed and aperture. For quick access to the target setting menu, the user can assign the frequently-used functions to a total of 13 Fn buttons including 3 new buttons on the lens barrel and 5 on the touch control menu.

The FZ1000M2 integrates Bluetooth and Wi-Fi® connectivity to offer a more flexible shooting experience and instant image sharing with easy operation. Once the camera is connected to a smartphone or tablet installed with Panasonic's dedicated application software Panasonic Image App for iOS / Android, users can shoot, browse and share images remotely. Users can choose the picture quality of the photos to transfer using Image App. Compatibility with Bluetooth 4.2 (called BLE: Bluetooth Low Energy) enables constant connection with a smartphone/tablet with minimum power consumption. This enables the camera to activate by simply using a smartphone/tablet or to add GPS geotag on the photos automatically.